X
This site uses cookies to provide and improve your shopping experience. If you want to benefit from this improved service, please opt-in. Cookies Page.
Accept Cookies
Prescription Required 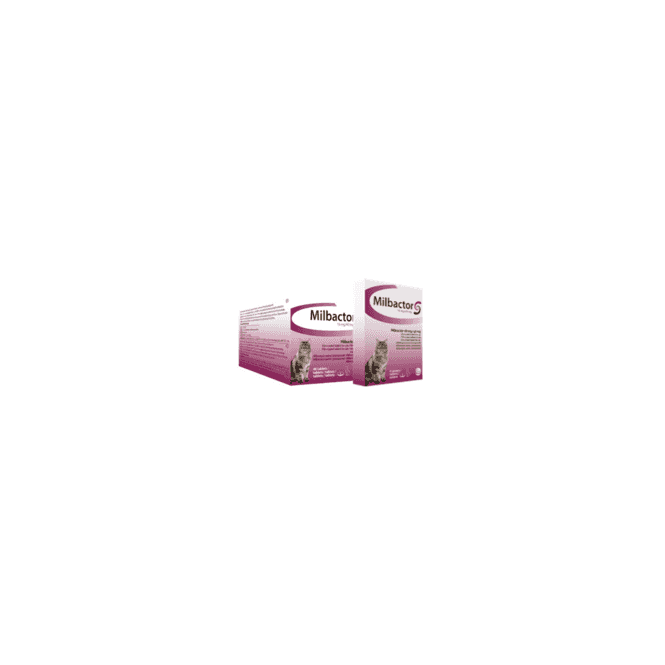 Milbactor Tablets are used for the treatment of mixed infections by immature and adult cestodes and nematodes. Also, for the prevention of heartworm disease (Dirofilaria immitis) if concomitant treatment against cestodes is indicated.

In cats: treatment of mixed infections by immature and adult cestodes and nematodes of the following species:

Prevention of heartworm disease (Dirofilaria immitis) if concomitant treatment against cestodes is indicated.

Each film-coated tablet contains Milbemycin oxime and Praziquante as the active substances.

For Milbactor 4mg/10mg film-coated tablets for small cats and kittens weighing at least 0.5kg do not use in cats of less than 6 weeks of age and/or weighing less than 0.5kg.

Do not use in cases of hypersensitivity to the active substances or to any of the excipients.

The veterinary medicinal product can be used in breeding cats including pregnant and lactating queens.

If you have changed your mind or accidentally bought the wrong item, you have 14 days to cancel after delivery of your order and we must receive the item within 14 days of your notification to cancel.

Be the first to review Tablets For Cats. Write a review
?
x
Top